When you’re with Marc, our VP of Sales and Digital Transformation, you get an omnipresent sense of calm, an ear that’s ready to listen and wise words to help you move forward. “Always ready to help” is his motto. Indeed, this resourceful and dedicated scout is never too far away.

During our interview, it became clear that Marc has a lot of human experience behind that necktie. Understanding the person that he is speaking to is in his nature. As a shoe salesman at the Hudson’s Bay in downtown Montreal starting at the age of 18 (paid 100% commission), you could say that he learned how to approach people at a young age.

“Honestly, it was training for me. I understood that I had to take care of our customers, otherwise I was working for nothing.”

What follows is an interview with this natural communicator who over the years has helped thousands of people and hundreds of companies make their pilgrimage to the digital world.

Frozen fingers, January wind full in the face...Marc knows it well. As a young man, he delivered newspapers in the early hours before going to school and even on the weekend.

But it is above all his scout experience that has forged his character. Committed to the movement for going on 25 years, he has weathered all types of storms. Build a shelter in the snow? No problem. Lead a group of young people into the Boreal forest? “Sure, when do we start?” he asks.

“What I like about scouts is that no matter the problem you encounter, you learn to overcome it. Even if it is uncomfortable or arduous, you have to discover a way to find your way through and overcome the challenge as a group.”

As a result, his experience with young people has made him both a go-getter and a collaborative person. It comes as no surprise that, throughout his experiences, he has brandished the title of “underdog,” preferring to be considered the weakest and the least likely to come out on top.

“When I worked at Reebok as a representative and trainer, Nike cornered almost the entire market. But I accepted the job because I liked the challenge. I learned by researching and learning about their technologies.”

So, when Marc started selling a software called Expert Estimator at Cossette, he was the man for the job. In the early days of the web, while almost all industries were printing like no tomorrow, the software that he had to sell was in direct competition with paper catalogues. Let’s just say that he rose to the challenge.

“When we digitized a company’s catalogue for automotive parts, we converted 60% of customers in three months... In IT, that’s unheard of!”

The recipe for success behind the CertifiO digital signature

When Marc joined Notarius in 2009, he already had 11 years of experience leading paper-based companies into the digital world. Digital signatures presented a daunting challenge: convince an entire ecosystem to change its practices. Professional associations, firms, and contracting authorities were to embark on the journey. How did he go about it and how does he accomplish this today?

“You could say that you have to have a bit of a twisted imagination to be able to explain information technologies like digital signatures. Talking about the benefits is one thing, but you have to find the right story so that it resonates with the right person based on their field of expertise.”

To give you an idea, Marc often compares digital signatures to a sheet of glass. Basically, when someone digitally signs a document, they place a pane of glass on it. Once signed, you can still see the original document, but you can also make out the alterations made to it, visible on the glass.

With this simple example, Marc helps people understand the protection mechanisms behind digital signatures, not to mention cryptology and public key infrastructure.

“What I like most is sitting down with the developers and getting an understanding of how the products are designed and why. Electronic signatures are part of a complex world that can serve the public good, but they still need to be understandable.”

With a Bachelor of Communications degree from Concordia University, Marc has developed a range of approaches and ways to present information through the conferences and presentations he has attended. Few people are able to tie technical knowledge to market expectations like him.

On the other hand, he admits that in order to prepare the market for the CertifiO digital signature, he has a long marathon ahead of him, and most likely a spell in the wilderness.

“Conferences with triangle sandwiches...been there, done that. Trips across Canada that initially seemed to have served nothing as well. But seeing the number of organizations joining us today is refreshing, because after spending 10 years alone waving my flag, it feels pretty good knowing that I was right!”

Imagine, for 10 years, being convinced that your solutions can help society, working tirelessly to convince organizations to adopt them, and seeing the needle move only slightly year after year…

“Even alone, faced with challenges, we always thought it would work. We have always worked to influence the different players in our ecosystem. It was a big puzzle, and just like when you’re doing a puzzle, you know that one day you’ll put the right pieces together. You just have to be patient.”

Today, Notarius manages nearly 50,000 digital identities in Canada. It is the largest private player in the country, more than some major aerospace companies and much more than many governments.

“When we announce that a new organization or professional association is going to issue a CertifiO digital signature, there is often two years to 10 years of work involved. The biggest challenge is being ready when people are willing to make the change.” 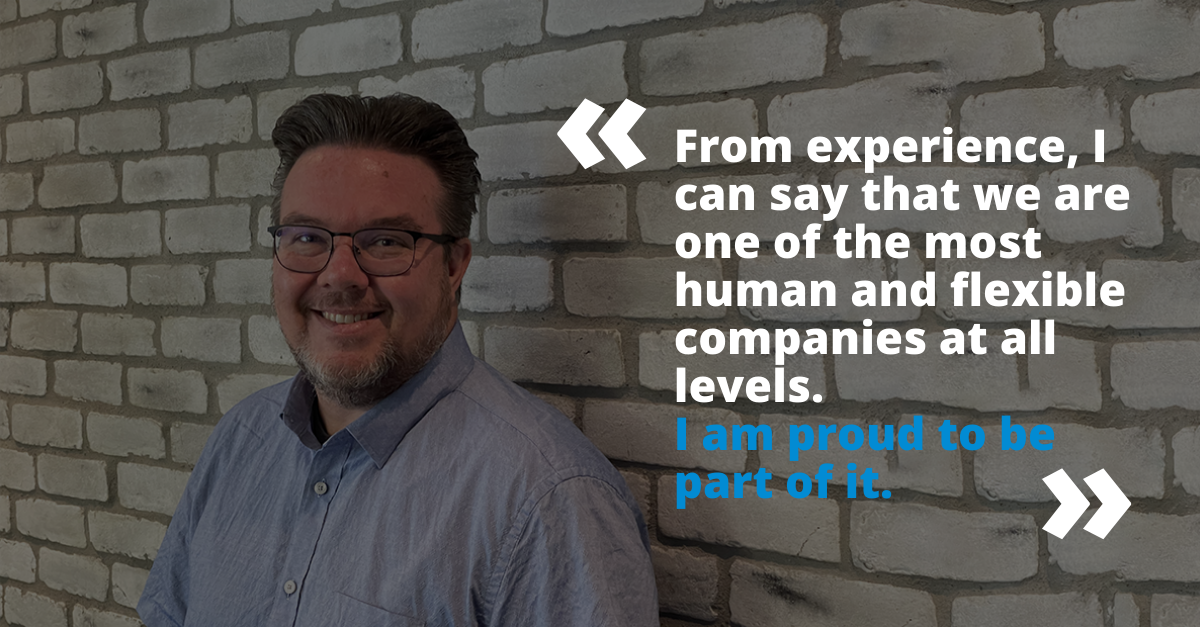 An agent of change

“Selling change is what gets me fired up. It is harder to do, but it is much more human-focused and rewarding. It’s much more than sales.”

Supporting people in their learning curve is what Marc thrives on every day. This scout is truly never far away. In the same way as he helps young people assert themselves and learn resourcefulness, Marc enjoys making the work of professionals and organizations easier. The scale is different, but the motivation is the same.

“I would not be able to sell replacement parts. I need to feel that what I do helps others.”

And at Notarius, Marc believes that he has all the assets necessary to help our company’s key industries undergo efficient and rigorous transformations. For him, Notarius’ solutions are among the best in Canada and North America.

“Notarius’ solutions are backed by rigorous processes that are more robust than most certification authorities. When you work with almost 50,000 clients and an entire ecosystem works thanks to our solutions, our execution must be flawless. Across the world, there are only about ten organizations that are as rigorous as Notarius. So, it is no coincidence that we have a very high retention rate!”

After all his years of work, Marc is seeing that digital signatures have become an essential cog in multiple ecosystems, including engineering, construction, and within numerous municipalities. What he saw at the time became a reality, and he considers himself lucky to continue to contribute because he believes that there is still a lot of work to be done.

“There are many companies that, because of the pandemic, have or will be implementing a digital transition plan. I think people will be very receptive to changing their way of working.”

Leading a crew of curious people

At Notarius, Marc sees himself as being surrounded by curious people, people who constantly seek to understand and clear the path to new ways of seeing the world. For him, one of the prerequisites for working at Notarius is showing endless curiosity, because IT is under constant pressure to evolve.

And overseeing curious people means letting their ideas run wild. As VP, he supports his team more than he manages it.

“Drawing on my experience as a scout, I think of myself as a facilitator rather than a leader who does everything himself. I try to hand over responsibilities to people and to support them in the process. From both a management and leadership perspective, I expect my team to be as independent and curious as I am. I demand a high level of autonomy.”

Marc believes that Notarius’ greatest quality is its reliance on a lightweight structure where employees can reach their full potential. He who could decide to join a large company with a simple phone call remains with us, among other reasons, because the human component is not buried by an imposing organizational culture.

“We have the luxury of being a size where the focus is on people and collaboration. You won’t find that sense of mutual support and feeling of solidarity at a large firm. We have a phenomenal company culture.”

Moreover, he is sure that this team spirit will help the organization manage the rapid growth that is expected in the short term. In his 15 years of experience as VP, he finds his current team to be a dream.

“Based on my experience, I can say that we are one of the most people-focused and flexible firms in every respect. I am proud to be part of it.”

A revolution is coming

Passionate about his experience and motivated by the people around him, Marc believes that Notarius’ future is bright, and that the organization is growing and will continue to grow fast.

"We are developing solutions and ways of doing things to support significant and continuous growth. And when it happens, we’re going to be ready together!”

This is not our VP of Sales and Digital Transformation’s first market prediction and, because he has rarely been wrong, we are excited to see what comes next. Just like when a scout looks at the sky and has premonitions, and the troop prepares itself accordingly.

"We are at the dawn of a digital revolution!”